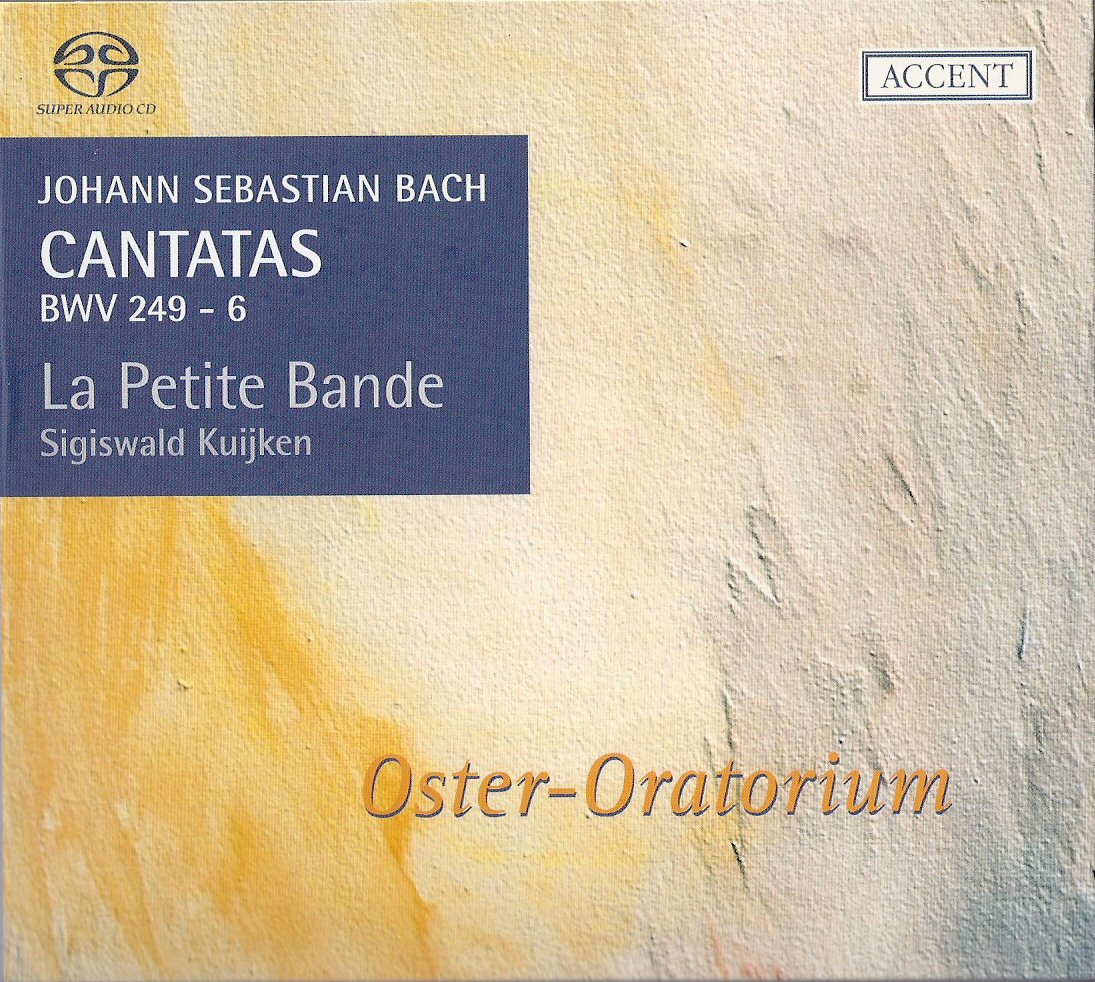 Le Petite Band is involved in a Bach Cantata project which has them recording one cantata for each Sunday as well as the high feasts of the liturgical year. If the present recording is any indication of what shall follow in the series, I heartily recommend them in advance to our Historic Brass Society members and, really, to all interested in the music of Bach.

The trumpet players on this recording are Jean-Francois Madeuf, Jean-Charles Denis, and Graham Nicholson. They are playing natural (unvented) trumpets made by Graham Nicholson (after Ehe), and Egger BL #1 mouthpieces (which are similar to the mouthpiece found with the Bull trumpet, further see Eric Halfpenny, Galpin Society Journal 20 [1967], 76-88). Their playing is superb; a complete delight. I am impressed by the smoothness of articulation, the perfect blending of timbre, the refined phrasing, and excellent intonation. On the last category, special recognition should go to Jean-Charles Denis for his lovely sustained 11th partial in the Chorus “Kommt, eilet und laufet.”

Sigiswald Kuijken’s approach to this music, outlined in the liner notes, emphasizes the importance of paying attention to the text: for what it says, for how Bach is setting it musically, and for such elements as rhyme and rhythm as being important elements which help form the rhetoric. Additionally he discusses the use of da spalla performance practice used for the violincello piccolo. His performance on that instrument for the obbligato of the aria “Ach bleib bei uns, Herr Jesu Christ” in Cantata 6 is very light and refined which allows the listener to better hear the interplay of text and counterpoint.

In adhering to the now-accepted practice of using one vocalist per part and minimal numbers of instrumentalists, Kuijken presents Bach with a lightness and transparency which allows the genius of the counterpoint and text to be revealed to the listener. Madeuf and his trumpet section play with complete mastery of the natural trumpet and in so doing, help elevate this performance to greatness, demonstrating that it is not only possible to perform Bach’s trumpet parts on the truly natural trumpet, but that it is preferable to do so.

This recording project of Bach cantatas by Sigiswald Kuijken and Le Petite Bande on Accent Records is deserving of our highest attention.