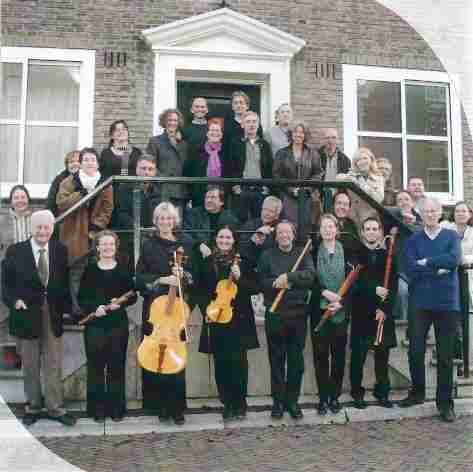 The three recordings under consideration here are the fruit of Fritz Heller and his ensemble, Rabaskadol. Rabaskadol was founded in 1985 to perform wind music on period instruments and their repertoire spans medieval, renaissance, and early baroque eras. In addition to being its founder and leader, Fritz Heller plays various cornetti (straight, curved, and mute). He is also an accomplished instrument maker. Unfortunately, no information pertaining to the specific make of instruments used is provided in the otherwise extensive and informative liner notes, however the reviewer recieved detailed information from Heller which has been included above under "instrument details."

The music of “In Principio” comes from a collection of some 140 works gathered by a trumpeter of the court band of Graz, Niclas Rekh in 1585. The collection contains motets, madrigals and instrumental pieces which prescribe specific instrumentation: cornets (straight for German works, curved for Italian), shawms, and trombones. Some of the works on this recording have not been performed for 400 years. Composers represented are Orlando di Lasso, Andrea Gabrieli, and Giaches de Wert.

The second CD considered here features the music of Martin Peudargent (ca. 1510-before 1594), who composed for the Court of Duke Wilhelm V of Jullich-Keve-Berg. The majority of music on this recording is from the second of his three books (1555).

In Passione Domini is a collection of Passion motets by Johannes Flamingus (d 1598?), Orlando di Lasso, Alexander Utendal (ca. 1535-1581), Michel DuBuisson (fl. 1560-73) and Jan Vakestijn (b. 1928). While the 16th century music will likely be of more interest to our HBS members, Vakestijn’s music is interesting in that the composer has scored it for cornetto, strings and curtal. Rabaskadol performs it wonderfully, giving great care to phrasing and blend. The result is an attractive blend of 16th century timbres and 20th century harmonies.

The quality of these three recordings is impressive. I was moved by their richness and grandeur as well as their especially fine blend and sensitive phrasing. Some tracks are purely instrumental performances of vocal music. Care is taken in articulation to “sing” the underlay. I also admire Heller’s sensitive playing with soprano Sakia van der Wel (whose warm expressive voice is itself inspiring) on Peudargent’s “En Foecunda Aquila.” Indeed, so well matched are they that it is easy to mistake cornetto with voice in the interweaving and imitative lines. This quality can be heard throughout. In total, this group of Fritz Heller’s recordings deserves our members’ highest attention.